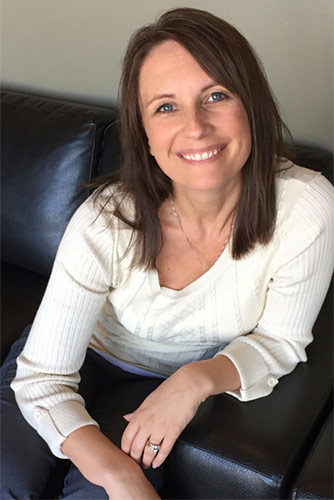 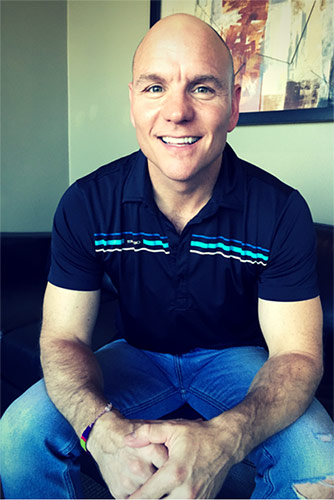 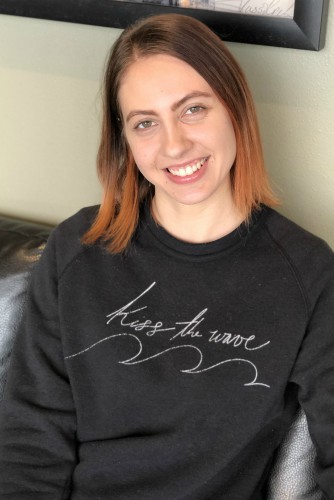 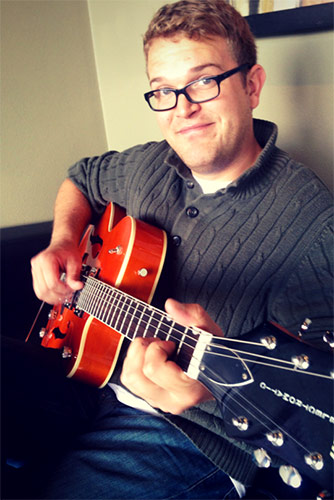 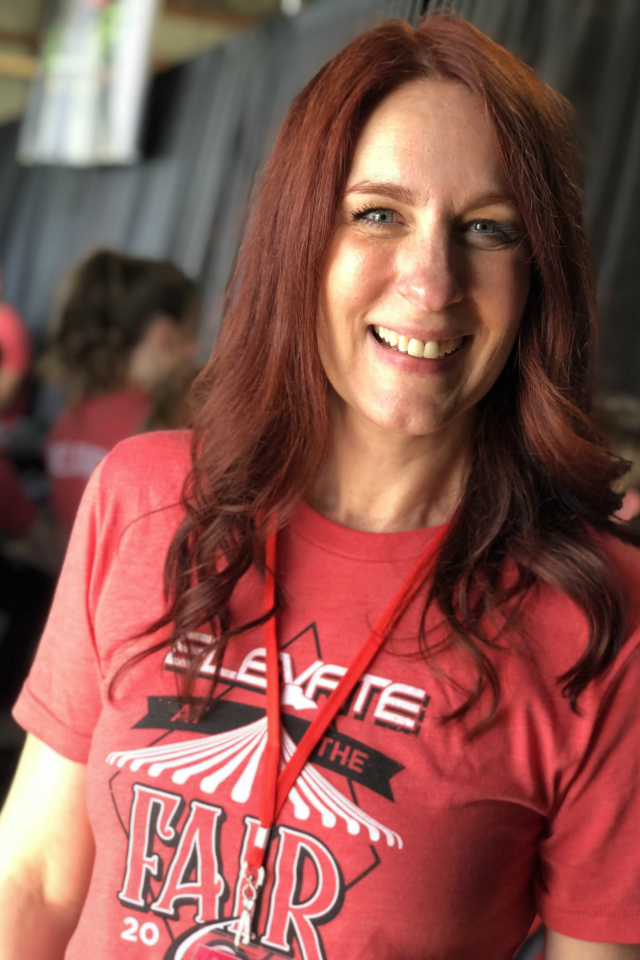 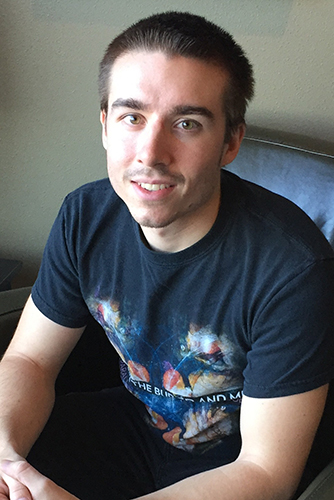 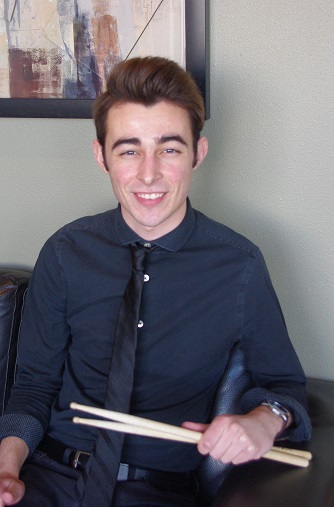 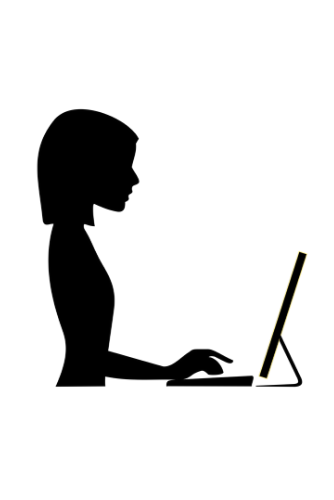 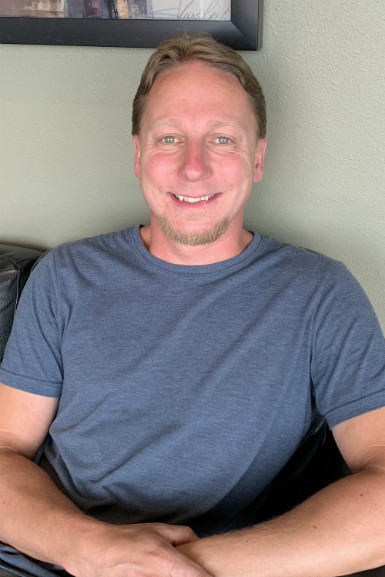 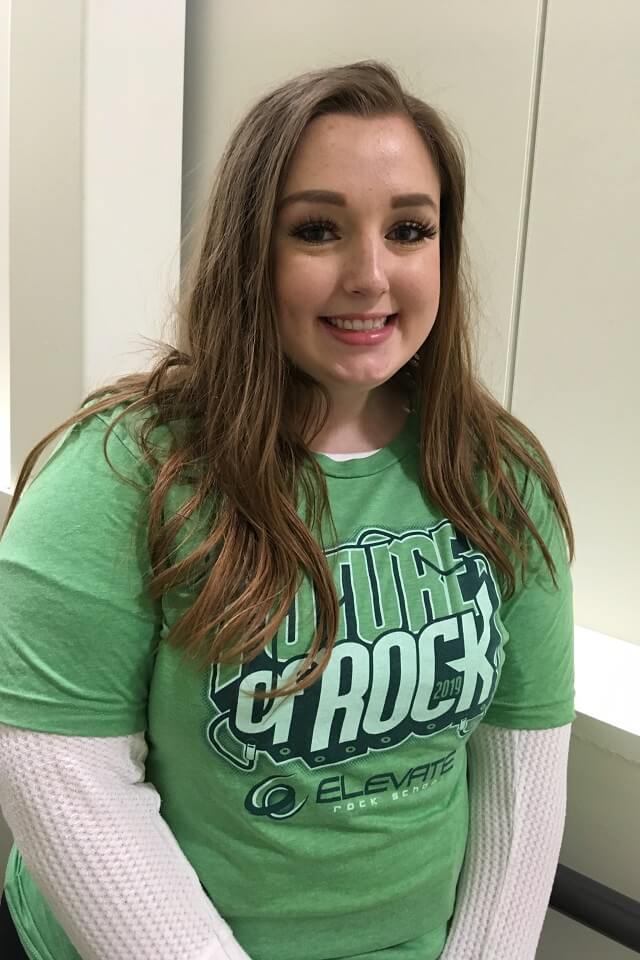 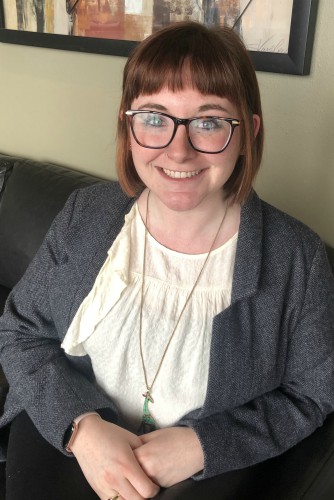 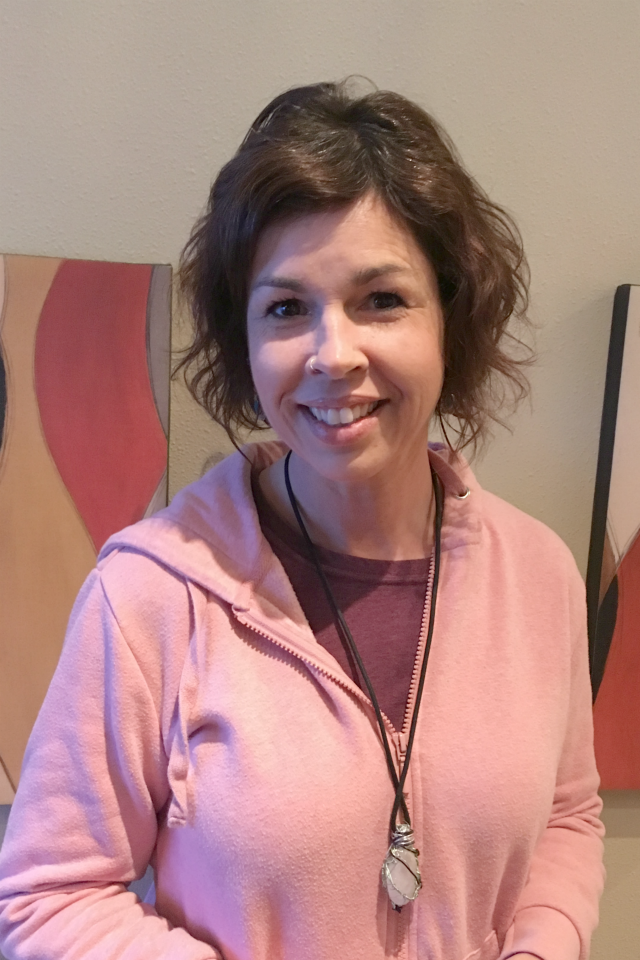 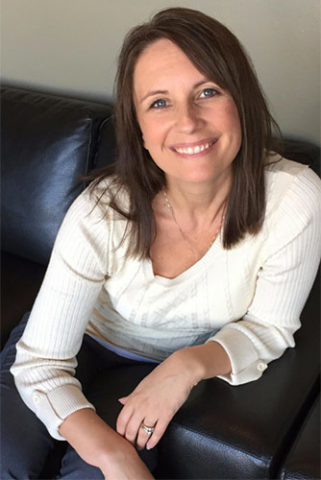 Lisa grew up in Winnipeg, MB, and spent much of her childhood running around the small clothing store her family owned. Watching her mom and grandmother interacting with their customers planted the seed for customer service with care and an excellent work ethic at an early age.

As a young girl music was sprinkled into her life with piano and flute lessons after which she felt like a fairly knowledgeable musician. It wasn't until she met her now husband, Bryce, a professional musician, that she realized her self-image of a "piano player" was a little bit of a stretch.

She went on to acquire a Business Management degree and pursued a career in real estate. Although her career was in full swing after 13 years, she was excited to mix music with business and work along side her husband, Bryce, to open Elevate Rock School.

Since it's opening in 2011 Lisa has been passionate about nurturing kids while instilling the love of music in a positive environment. She's spent the last 5 years developing its internal workings and helped position Elevate as a leader in the local music education industry.

She is the co-owner & Vice President of Elevate and currently lives in Fargo with Bryce and their three children. 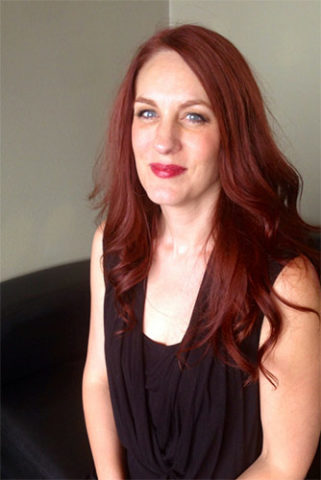 Stacey began her love of music with piano lessons at the age of 6, and eventually found herself involved in band, choir, show choir, and anything else that included music, while growing up in the small town of Wishek N.D. After graduating high school, she earned a spot as a "Straw Hat Player" at Moorhead State University. Her first show as a "Straw Hat Player", was Jesus Christ Superstar, and after being a part of that incredible production, she was hooked, and began splitting her time between the music and theatre departments! After graduating with a B.A. in Theatre and a Minor in Music, she moved to NYC., where she worked as a makeup artist, and performed in a children's theatre touring production of The Little Prince.

Moving back to Fargo in 2000, with her daughters, Alexa, and Sydney, she quickly became involved in the FM theatre scene, performing with many local theatre groups, including co-founding "Black Sheep Productions". She has spent many years fostering and developing not only her own passion for performance, but also both of her daughters' growing talents as performers. It was through her youngest daughter's participation in vocal lessons, that she discovered Elevate Rock School, and their amazing and unique program that inspires kids to develop their own love of music!

She is thrilled to be able to share her years of experience with a new generation, and guide them to cultivate their own skills and passion for musical performance. 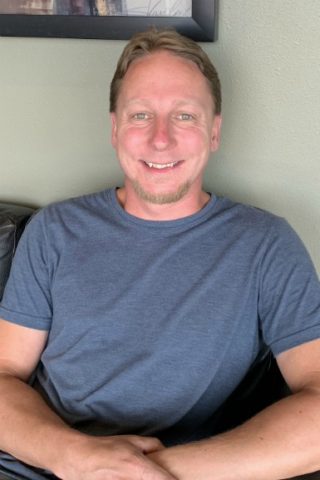 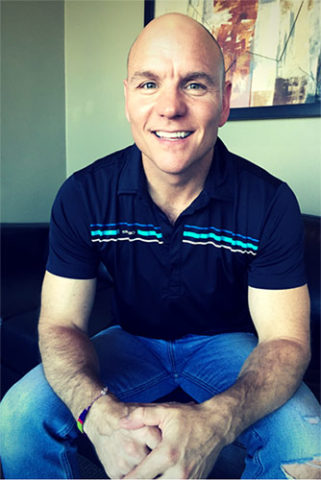 Bryce has kept music as a focal point his entire life. Piano lessons started in Kindergarten and his love of piano continues to this day. Bryce taught himself to play drums as a young boy and grew that into a music career. Playing his first gig at age 14, Bryce has been a professional in the music industry for the past 28 years. He has recorded numerous albums and has a CD from his own group, The Bryce Niemiller Project, on iTunes.

Bryce holds a Bachelor of Arts degree from the University of Mary where he majored in percussion and secondary music education. After graduating from College in 1995 Bryce started teaching privately.

After 20 years of teaching and 25 years of gigging he realized there was more that could be done to inspire others to learn an instrument and most importantly, stick with it. Bryce retired from the road in 2008 to pursue the dream that would become Elevate Rock School in November 2011. Bryce is blessed to work along side his wife, Lisa, at Elevate and has 3 beautiful daughters. 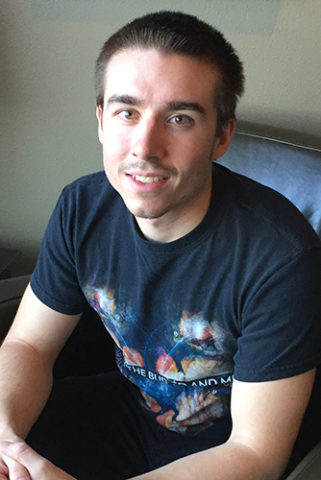 Mitch's love for music began at a very early age where he was introduced to a plethora of instruments at the age of 4. During his high school years in Mandan, ND, he played in bands of various genres and decided to continue his musical career studying Instrumental Performance for 5 years at North Dakota State University. He occasionally plays bass for Post-Traumatic Funk Syndrome, but is currently playing full-time in a variety cover band called Ciro and Topher, which plays all over the Midwest. Mitch has played polka, classical, reggae, rock, metal, electronica, hip hop, jazz, fusion, and far too many other styles to list.

Currently living in Fargo, Mitch is furthering his music career by day at Elevate, and by night through his many musical endeavors. 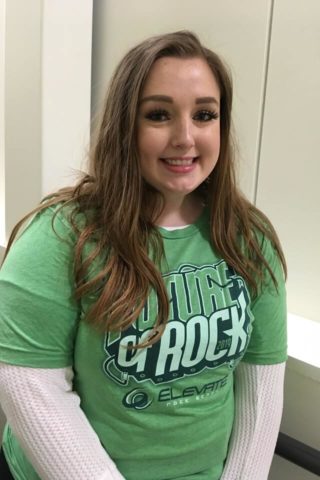 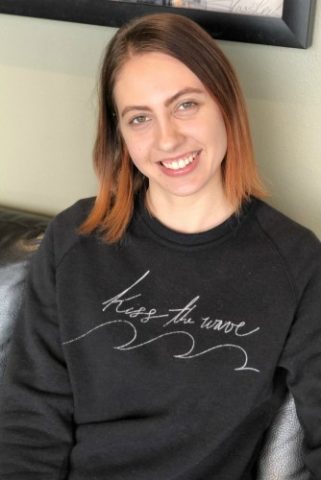 Since he was in elementary school, Aaron has always made music the priority of his life. He began drumming in 5th grade, and quickly realized his love for drums and percussion. From there, he began drumming in his hometown church, Oakes Church of the Nazarene, playing there all through high school.
At age 15, he and three friends formed a pop/punk band, allowing him to perform around the Midwest and record one EP and two albums, all featuring original music.
Aaron went on to MSUM where he completed his Bachelor's in Music, specifically Music Industry, where he studied drums and percussion of all genres, including jazz, Latin, reggae, and pop, as well as the art of mixing and mastering in a studio, and running live audio.
Aaron plays drums on the worship team and works as a sound technician at Prairie Heights Community Church. He loves to bring his knowledge, passion and energy to all the Elevate drum students! 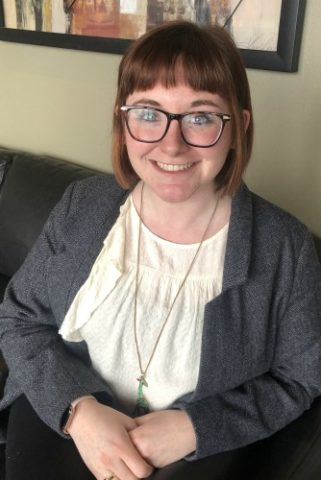 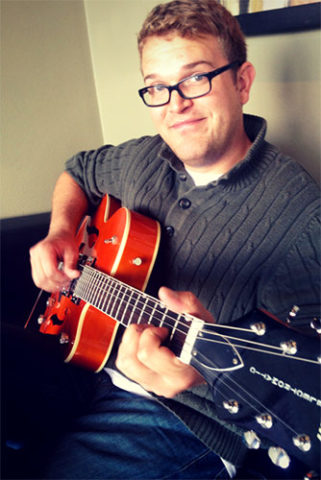 Originally from Wells, MN, Nathan began playing guitar with a passion to sing songs and write his own music. In 2003, he began studying classical guitar and music theory at Southwest Minnesota State University in Marshall, MN. In 2005 he moved to Moorhead, MN to continue his professional music education at MSUM, graduating with a degree in Jazz Guitar Performance, Music Business and Management.

Nathan has played professionally in the Fargo-Moorhead area with numerous bands such as: Inside Out Strings, Kapeesh, Gashouse Gang, Hardwood Groove, Slap!, and Boots (of which he has recorded 4 studio albums). All of these bands range in styles from bluegrass to rock, to funk and jazz. Among these achievements, he has also performed in the pit of many musical theater productions.

Nathan left his work running activities and sharing his love for music with elderly in nursing homes, to sharing his life passion with a younger generation of promising students at Elevate Rock School. 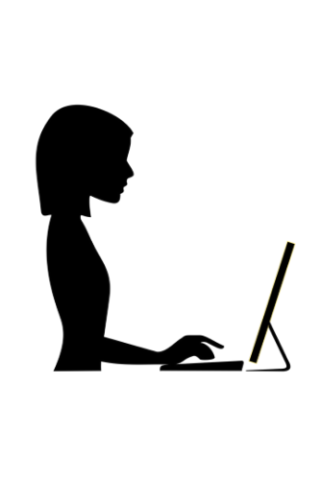 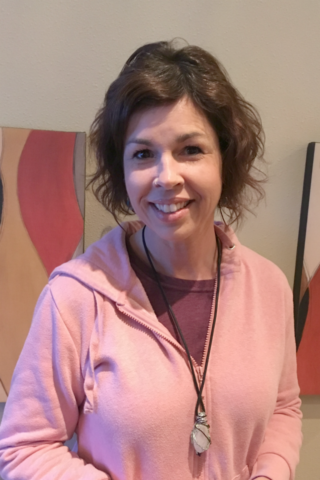 Gina Powers Singer is originally from San Francisco, California.  In 1985, after much travel, she completed her basic education and planted roots in Fargo.  Gina’s vocal and musical talents were recognized early on and by age 12 she taught herself to play guitar, began writing songs, and had begun appearing with The Buddy Wright Band in Lake Tahoe, Nevada.  She gained technical skills and experience from a variety of sources including professional musicians, choral directors and formal study of vocal and choral music at MSUM.

As a young adult, Gina served in the United States Coast Guard and afterward shifted her career aspirations toward a career in human services and advocacy working with women and children, while continuing to perform both in church and in a variety of band, solo and private appearances.

In 2014, after years of putting her musical aspirations on hold,  Gina decided to pursue her musical endeavors full time and formed The Gina Powers Band, which recorded their first EP in April of 2016.  In addition to teaching voice at Elevate Rock School, she performs regularly both as a solo artist and with her band. She directs the choir at Plymouth Congregational Church in Fargo and continues to perform at various local and regional venues while writing & recording her music.